PARABLES - The Son Who Stayed Home (The Prodigal Son) 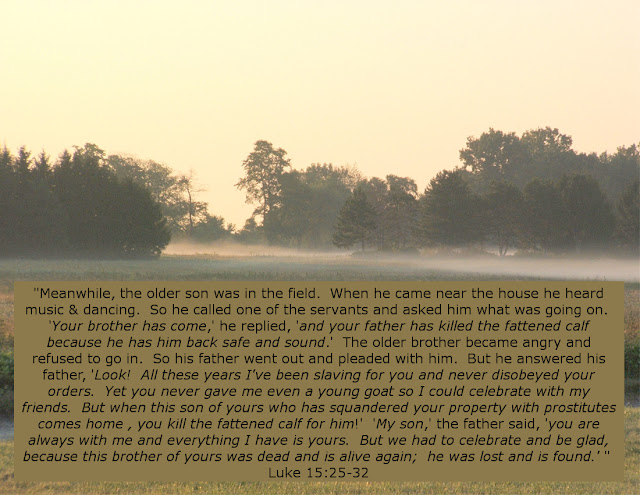 I am more like the older son in this parable - not just because I am the oldest child but also because I have lived a conservative, loyal life.  Also, (I have to admit) that I am more like the oldest son in the negative way also.  Let's look at these verses a little closer:  What is the first response that the older son had when he found out about the party for his brother?  It was jealousy......and again I'm being honest but I think I would have responded in the exact same way.  It wasn't just a basic celebration - it was a party to end all parties, making that jealousy even stronger.  Instead of being thankful that his younger brother did not die of starvation (or worse) from his rebellion- this older brother only thinks of himself and becomes jealous.

I'm not sure if this is a typical trait of the "oldest child syndrome" but as a child I always made sure that everything was even.  Just like this brother saying:  "You never gave me even a young goat so I could celebrate with my friends" (here's where the sad violin starts playing) - The "poor me" attitude.  In actuality this older brother had been so blessed and protected for his entire life.   I would never want to go through what the younger brother went through and I'm sure that if this older brother had any compassion, he would have not have looked at his situation through selfish lenses.

It all boils down to forgiveness.  The older brother has to forgive & forget what his younger brother did and then be thankful that he still has a brother to love and cherish.  The father had forgiven the younger brother even before he came home.


Let us not compare ourselves to each other - we are all different.  Let's forgive, be compassionate and thankful.

Also read: "The Son Who Ran Away" 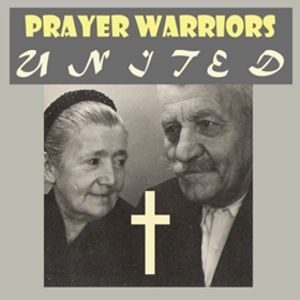 "Prayer Warriors United" is a google+ Community where Christians come together in prayer.
click HERE to view or join this community

Searching For Justice Over the past few weeks we have been studying some aspect of "justice".  Last week we went back to the basic...