This little patch has really filled in nicely (see picture below) and I was amazed at the amount of berries that it produced this year! 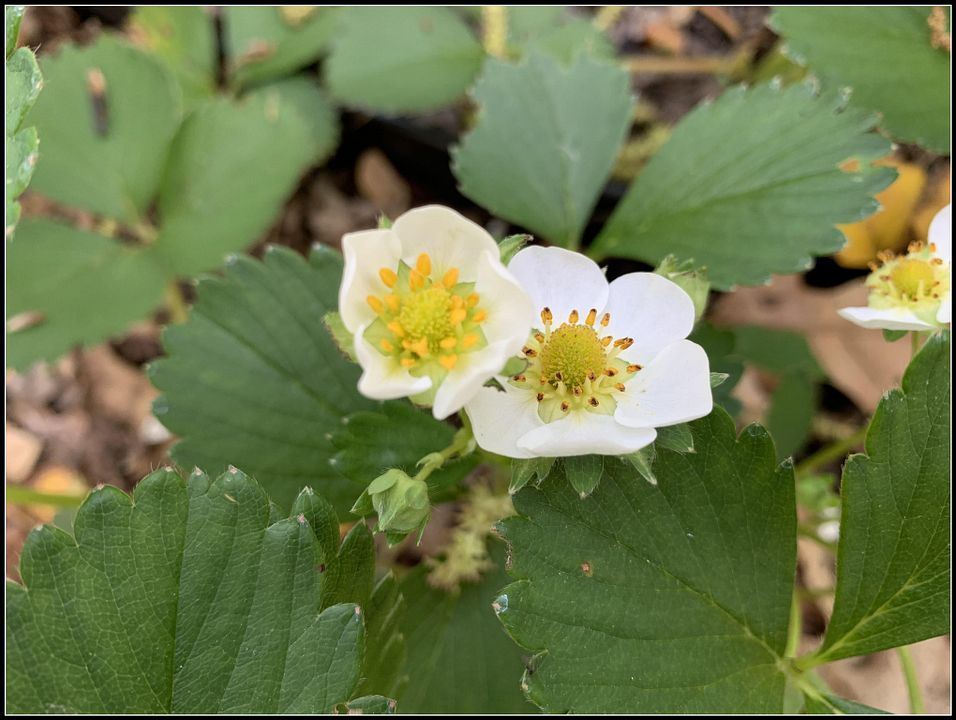 Prepare the strawberries as listed above and then place in a blender.  Pulse (do NOT fully run - only pulse) the strawberries until chunky - NOT liquid)(place aside until later).
In a large mixing bowl combine the cream, milk, sugar, vanilla and salt.  Whisk until the sugar is dissolved (do not whip - just whisk gently).

Stir the processed strawberries into the mixed liquid until the strawberries are dispersed throughout the liquid (see second picture below):

Chill the strawberry mixture in the fridge for about 1 hour.  Remove from the fridge & add to your ice cream maker (see picture below) (follow the manufacturer's instructions). 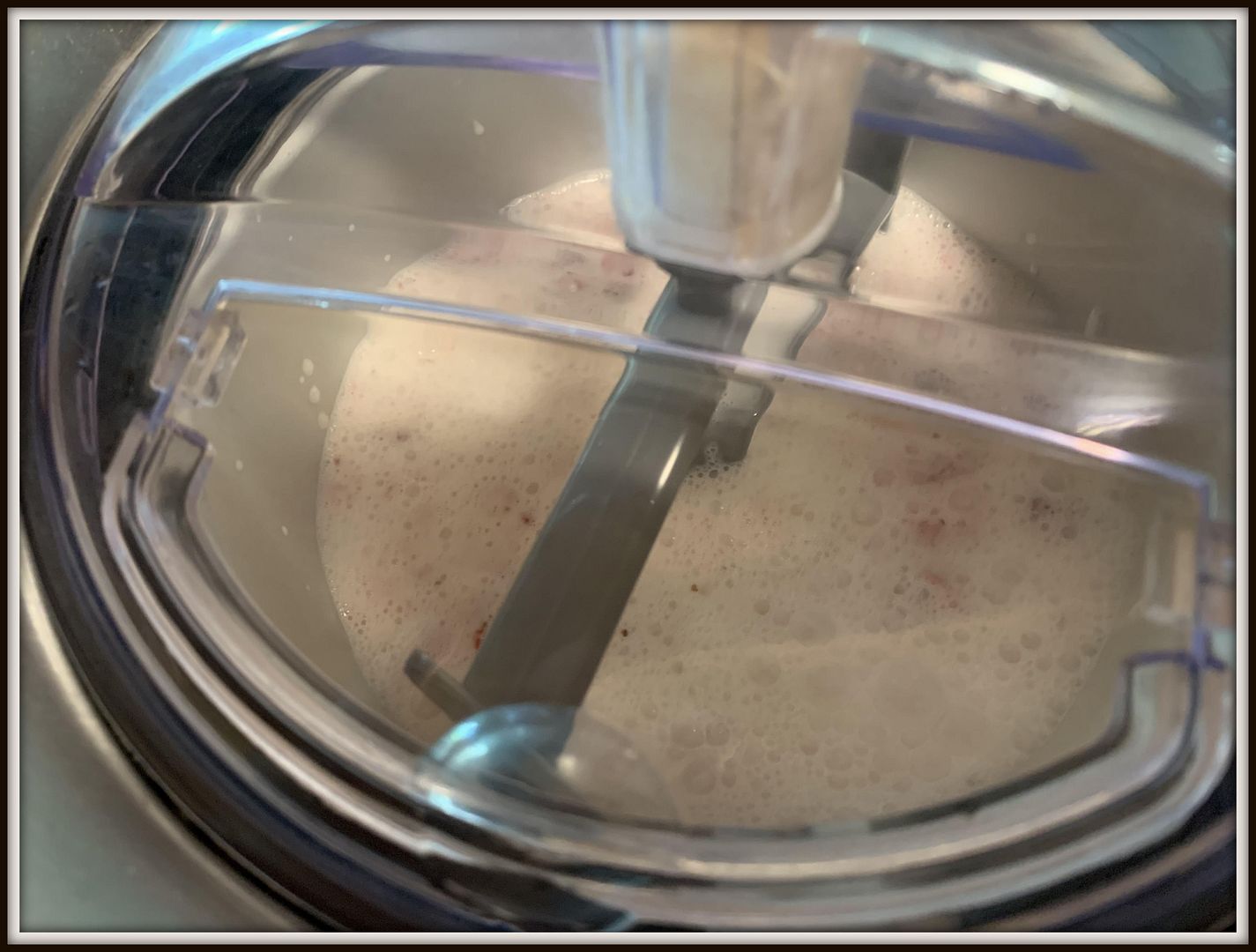 Remove from the ice cream maker.

Serve immediately.  Place the remaining ice cream in the freezer and
ENJOY!!!

Tuesdays with a Twist Blog Hop #479

Welcome to Tuesdays with a Twist #479!

Before we get to the blog hop today - checkout this post:
Fruit Grower's Patience - BLACKBERRIES

Checkout wonderful Summer seeds (& much more) at Mary's Heirloom Seeds
click HERE to shop for the best seeds
Or click picture below: 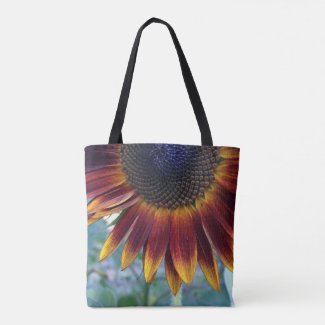 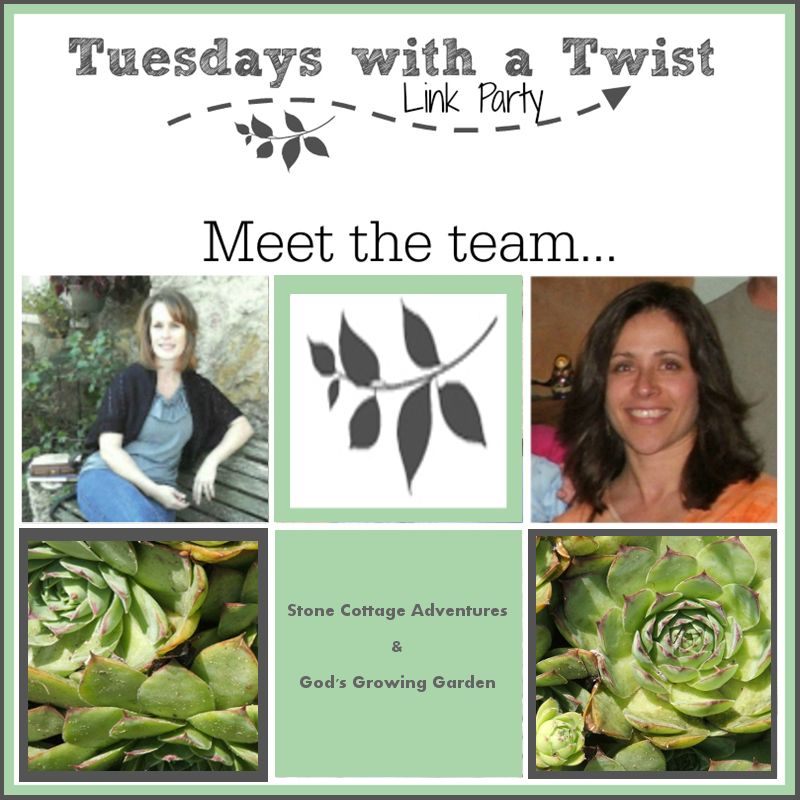 My Features this Week are:
1. "DIY 4th of July Hanging Door Decoration" by Steph Creates
2. "Raising Backyard Hens 101" by TwoChicksAndAMom
3. "Red White & Blue Patriotic Cookies" by Artful Homemaking
If you've been featured we'd love for you to grab a button.

Posted by AngieOuellette-Tower at 7:00 AM 3 comments:

Fruit of the Spirit - GOODNESS

This week is HOME feature week
Swing by the Home Hosts' Blogs:
Bev from Eclectic Red Barn
Cindy from Mom, the Lunch Lady
Niki from Life as a LEO Wife
This is a month long Linky party featuring YOU!
There will be 4 different features each week and 4 different feature categories.  Just to be clear - this is NOT a themed party - you may link up ANY family-friendly blog posts any day of each month.
The "theme" occurs in our weekly features:
WEEK#4 HOME - recipes, home décor, antique/DIY &/or travel (this can include anything about your home - even history posts - all while remaining family friendly) 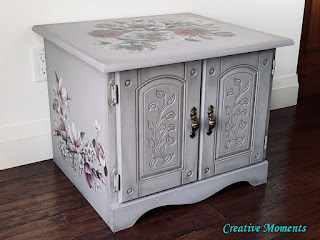 Vegetables On A Summer Tablescape by Whispers of the Heart 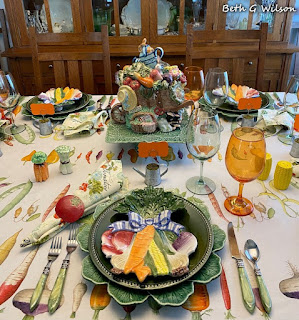 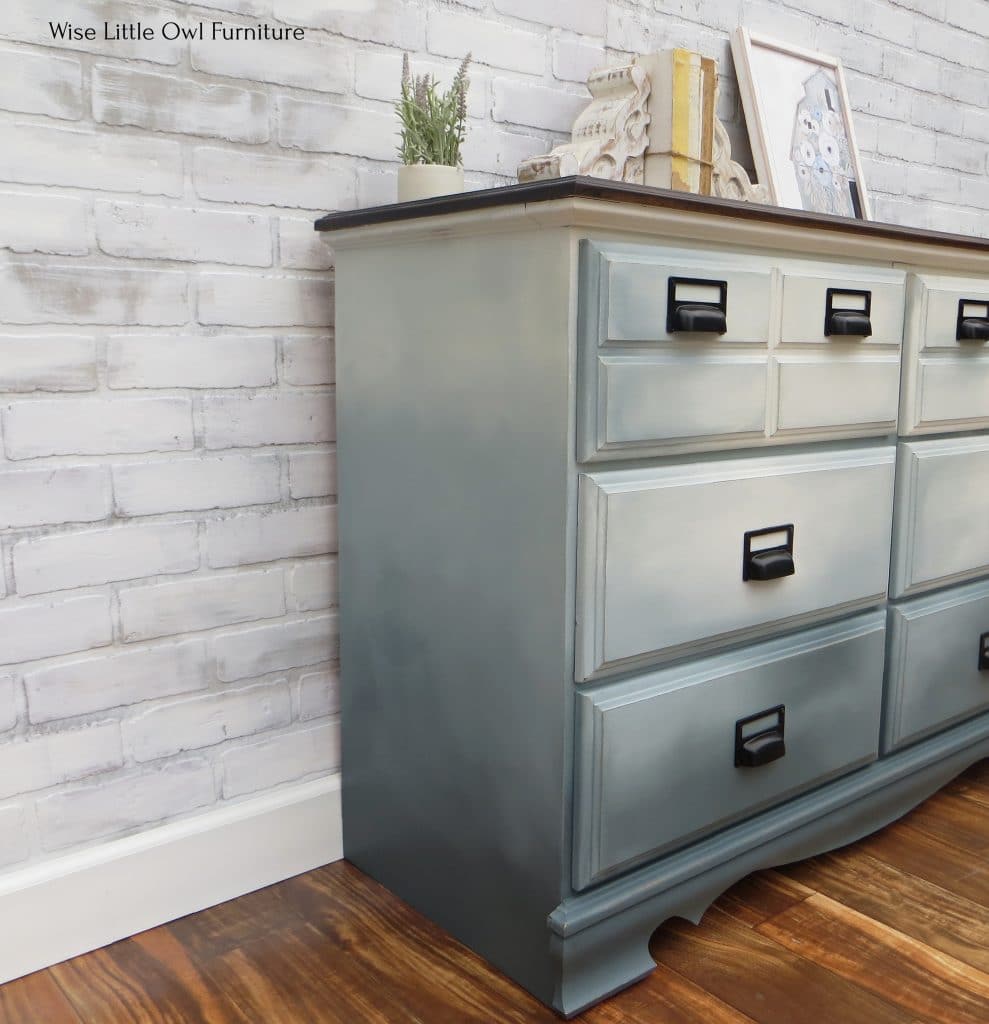 Bible Version Discrepancies #5 - FELLOWSHIP WITH HIM

Bible Version Discrepancies #5 - FELLOWSHIP WITH HIM (1 John Chapter 1)
For most of my life I have been afraid of the "King James Version" of the Bible.  I always thought that it would be like reading Shakespeare - well, it's not.  Most of the time on my Sunday blog posts I referenced the N.I.V. (New International Version) but recently, when I need clarification, I refer to the K.J.V. (King James Version) and the N.K.J.V. (New King James Version).  In making this small switch I discovered that there are many serious discrepancies between NIV & The King James versions.  I also found out that the Bible "scholars" who compiled NIV were members of secret societies.  Whether or not there was anything nefarious behind the NIV translation does not affect the goal that I have for this series.  We are going to use our God-given common sense to compare these versions and come to our own conclusions.
It is important to note that the King James Version was first published in 1611 and it wasn't until 1978 that the New International Version was first published.
Even if we find serious discrepancies by comparing these two versions, I want you to know that I believe God has still been able to get His message across to us - He is not fazed by "misinterpretation".  His Truth fills our heart and that is why we are able to objectively study and compare these versions without losing God's meaning.
In this series we are going to really dive deep into God's Word.
We continue our comparison study with the chapter of
"1 John".
We begin with the differences in the chapter subtitles.  In the N.I.V. the subtitle for 1 John 1:1-4 is:
"The Incarnation of the Word of Life"
Whereas, in N.K.J.V. the subtitle for that same passage is:
"What Was Heard, Seen, and Touched"
(these can be seen in the first picture seen below).
While I agree with the first subtitle (just for clarification - the meaning of "incarnation" is to make manifest or bodily form), I feel that the N.K.J.V. subtitle is so much more personal and easier to understand.
Color code meaning in the pictures below:
Highlighted in yellow means that those words/sentences do not appear in one of the versions (including when references to God or Jesus appear in lower case rather than upper case)
Highlighted in orange means that the meaning of the word comparison was very different
Highlighted in green means that the meaning of the word comparison was similar or the same.

There are two sets of words that I feel have the same meaning:
appeared = manifested
testify = bear witness
I felt that the word "truly" is very important and I couldn't find any logical reason why N.I.V. should remove that word.  "Truly" emphasizes how precious and real our fellowship is with both God the Father and Jesus Christ His Son.
We are going to define the following words that differed in both versions:
touched vs handled
proclaim vs declare
complete vs full
Touch - to bring something into light contact with
vs
Handle - to lift, hold, operate, manipulate
This comparison pretty much explains the difference between the two versions - N.I.V. is light contact with God, whereas N.K.J.V. is full comprehension with the ability to operate the "Word of life".
Proclaim - to declare publicly, insistently and proudly
vs
Declare -  to make known formally or officially
Now, with this comparison I actually feel that "proclaim" (N.I.V.) is more personal and appropriate than "declare".
Complete - to have all necessary parts
vs
Full - containing as much or as many as possible
I would much rather have "as much joy as possible" rather than "just enough joy that is necessary".  I'd rather not have only the bare minimum.

Continuing on with the differences in the chapter subtitles in the second half of 1 John.
In N.I.V., the subtitle for 1 John 1:5-10 is:
"Light and Darkness, Sin and Forgiveness"
Whereas, in N.K.J.V. the subtitle for that same passage is:
"Fellowship With Him and One Another"
(these can be seen in the second picture directly above).
Here again, I agree with the first subtitle but I feel that the N.K.J.V. subtitle is so much more personal and it also covers light and forgiveness.  The only reason we are able to have fellowship with Jesus Christ and with each other is because of God's forgiveness which provides a life of light.
Just like the first few posts in this series - one of the first shocking differences I noticed was the grammar in N.I.V. - it is very disrespectful.  Many words describing or referring to God or Jesus are NOT capitalized in the N.I.V. (those letters are underlined in yellow in the pictures above - NIV being on the left).  Modern grammar rules have become relaxed in everyday life but that does not mean that this should apply to the Holy Bible!!  The amount of lowercase letters (which should have been capitalized) was very maddening to me - there's just no common sense reason to not capitalize.
I pray that you will continue to reflect on these differences this week and never stop digging deep into God's Word.
Previous Version Discrepancy posts:
The Lord's Prayer
Messiah's Reign
The New Man
A Heavenly Inheritance

Posted by AngieOuellette-Tower at 3:30 AM No comments:

In February of this year there were two palindromic dates: 2/20/2022 & 2/22/22 (palindromic meaning it is the same from left to right or from right to left - 2202022 & 22222).  The number 2 is an interesting number.  There is no other number that I can think of that has the same result when it is added to itself and multiplied by itself [I am not a mathematician, so I could be wrong.  And, I am not including zero because zero is nothing (literally nothing 0 + 0 = 0 and 0 x 0 = 0)]:
2 + 2 = 4
2 x 2 = 4
Four is the same answer whether 2 is added or multiplied by itself.
With that being said, since 22 (2 and 2) are so unique, I thought I'd continue posting this series during the year 2022 called:
22 Treasures
In this series I will pick a topic (like - SUMMER) and I will feature 22 treasured blog posts from this blog about that topic.  And, that topic will be split into 4 different categories.
Since yesterday was the first day of summer, today I am featuring SUMMER in these 4 categories:
Daily Summer Harvesting
Veggie Varieties
Canning
Other
(Please click on each title below to view the entire post - ENJOY!)
DAILY SUMMER HARVESTING 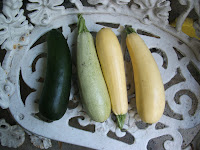 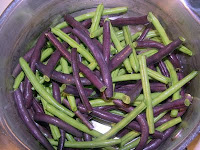 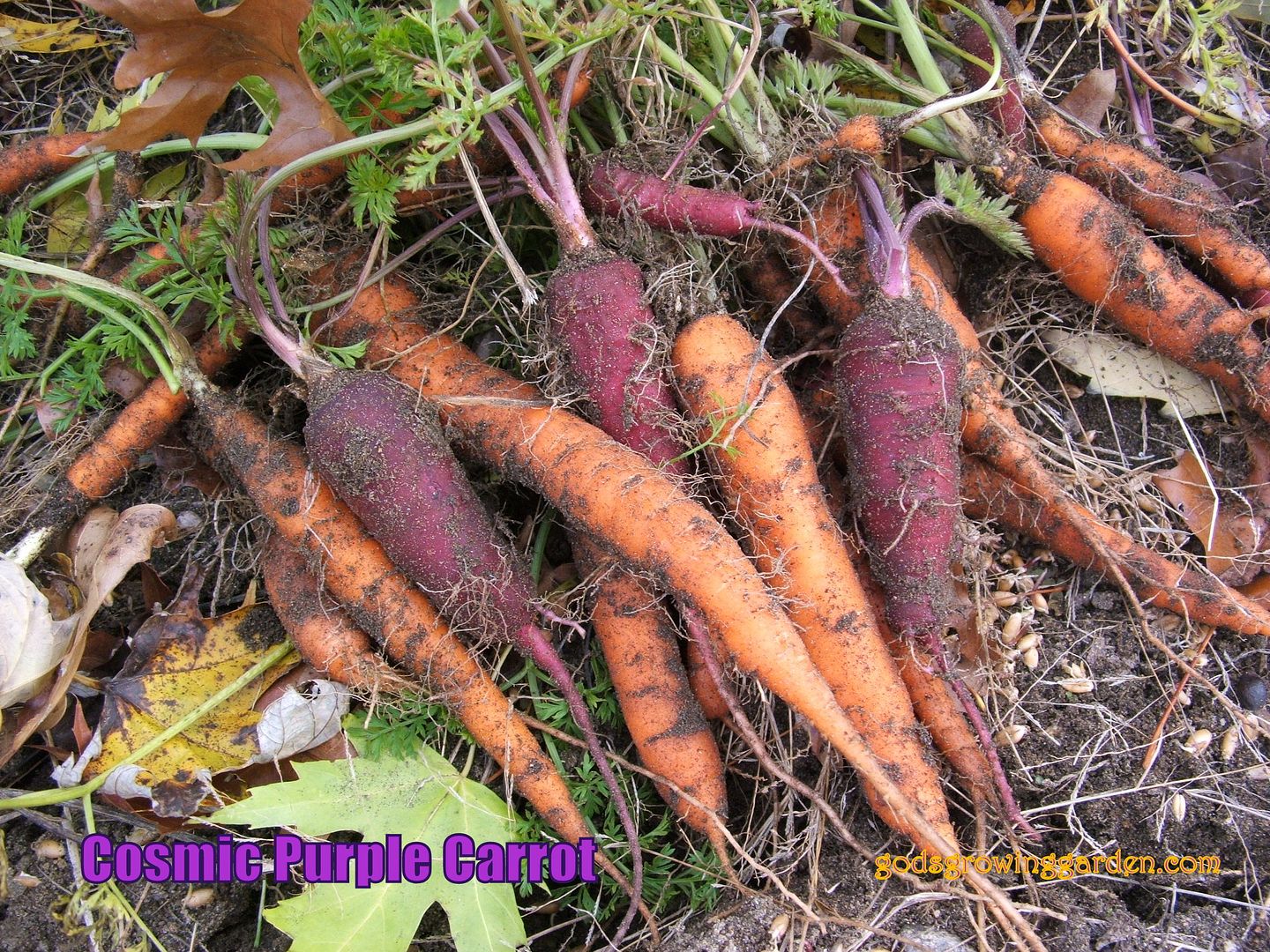 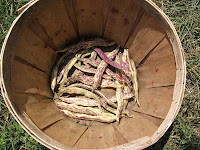 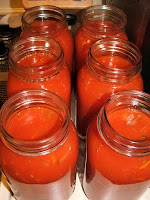 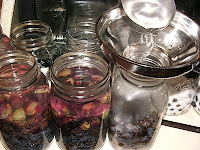 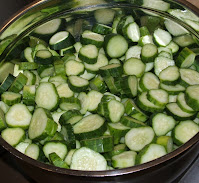 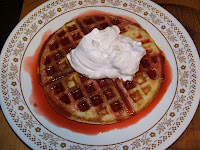 Posted by AngieOuellette-Tower at 2:00 AM No comments:

Family Worship Time During Advent Today is the First of Advent 2022.  I hope that you enjoy this video and please consider implementing so...