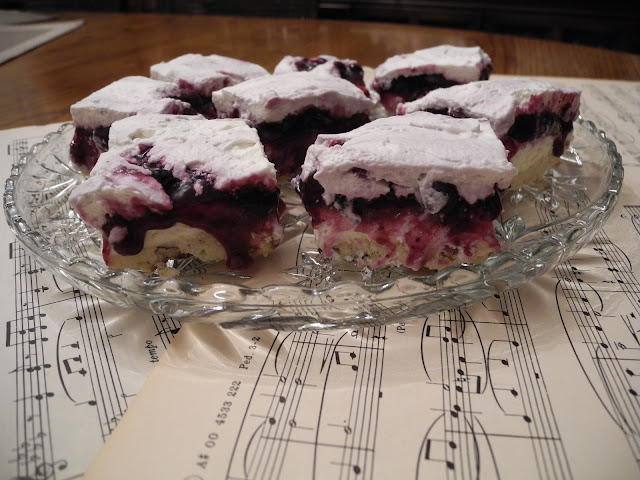 Blueberry 5th Symphony Dessert
This dessert is very musical - each layer is plain & simple on its own but together they make a scrumptious symphony of flavors!  This is my mom's creation and she graciously said that I could share it with all of you.

The reason that I added in the "5th" into the title is because there are 5 delicious layers.
Printable Recipe
Dough
1 1/4 cup flour
3/4 cup butter
1/2 cup chopped pecans
1 packet vanilla sugar (if you don't have vanilla sugar then use 1 tablespoon of sugar & 1 teaspoon of vanilla extract).

Using a pie cutter (or "pulse" using a food processor) - combine the flour, butter & vanilla sugar until it resembles a crumb topping.  Stir in the chopped pecans.
Butter or spray a 13 x 9 x 2 Pyrex dish.  Press the dough into the Pyrex dish (ONLY press the dough on the bottom - do NOT go up on the sides - it should only be a flat layer of dough).  Bake in a preheated 325 degree oven for 20 to 25 minutes (or until desired "doneness" is achieved).  Remove from oven and cool on a cooling rack.

In a medium saucepan - combine the blueberries, 1/2 cup water, butter and sugar and place on burner set at medium heat.  Stir constantly until it almost boils.  In a separate bowl, using a small whisk - stir the corn starch into 1/4 cup water (the water needs to be at room temperature - NOT cold) until all the corn starch is dissolved.  Add this cornstarch mixture to the blueberry mixture while still on the burner and continue stirring and boil for 1 minute (you will notice it thicken).  (see pictures below).  Remove from heat and allow to cool. 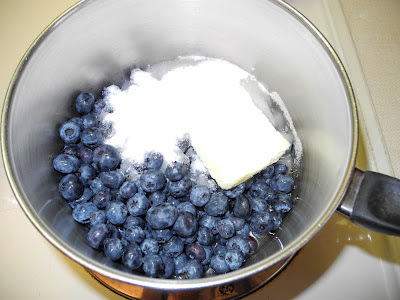 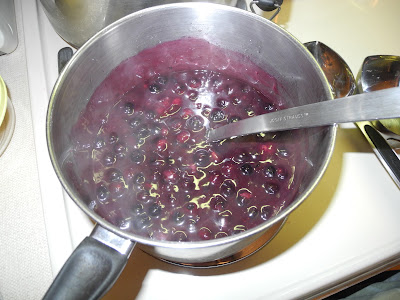 Using an electric mixer - whip the cream & vanilla sugar until peaks appear.  Place in fridge until assembly (see picture below). 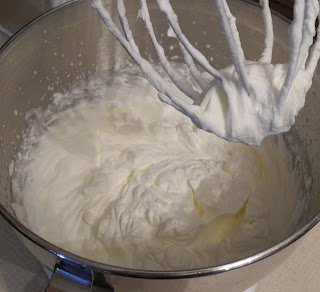 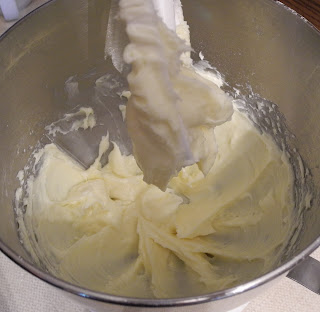 To Assemble:
1.  The baked dough layer should be totally cooled by now (NOTE - it must be totally cool to the touch otherwise it will melt the cream cheese layer. 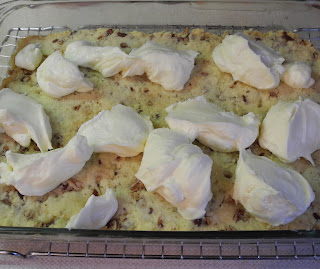 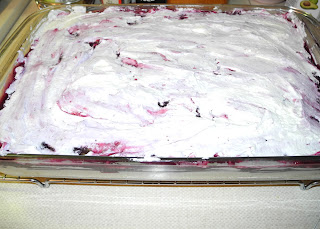 5.  Finally, top with the second half of whipping cream and swirl with a knife so that a little of the blueberry color mixes into the top whipping cream layer - therefore resembling a symphony (see picture above right).  Place in the fridge for about 40 minutes (or more) and then cut into squares. 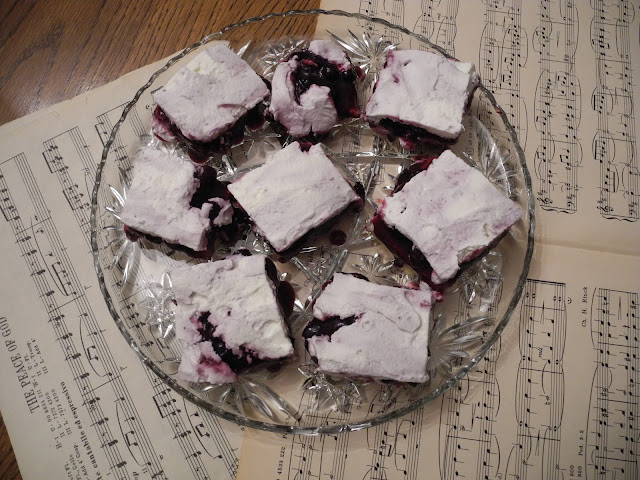 
Linked to:
Photo Friday
Monkeys & Tutus
Pamela's Heavenly Treats
Mop It Up Monday
Stone Gable
Mix It Up Monday
Get Social Sunday
All My Bloggy Friends
All Star Block Party
What I Made
Adorned From Above
Domesblissity
52 Mantels
Live Laugh Rowe
Blog Stalking Thursday
Foodie Friday
What's Cooking Wednesday
Happiness is Homemade
Snickerdoodle Sunday
Posted by AngieOuellette-Tower at 12:01 AM