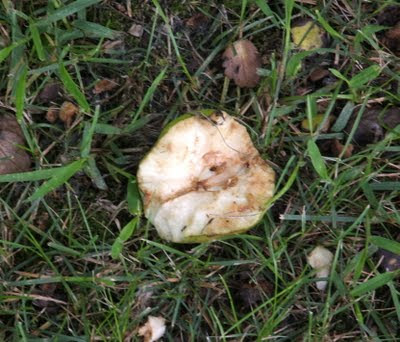 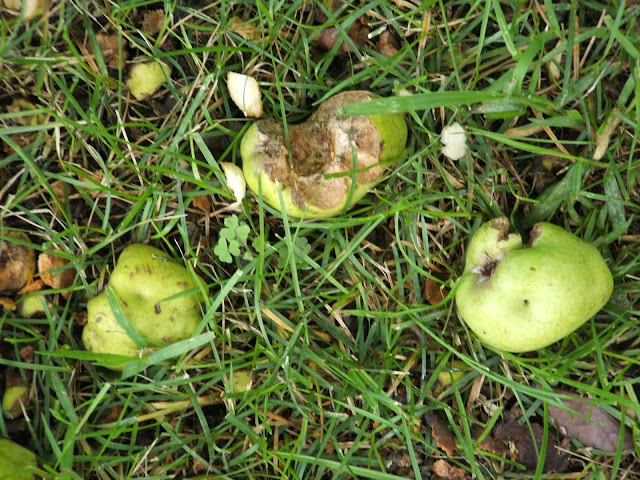 I have never been so frustrated with squirrels as I am this year.  In the pictures above you will see that the squirrels have wreaked havoc on my pear crop.  They take a couple little bites out of each green unripe pear and then leave the rest to go to waste (actually - I think they just eat the seeds in the middle of each pear).

The coyote urine that I spoke about in a previous post (Coyote Urine) will not work in this instance because there are other large trees close by from which the squirrels can hop onto these pear trees.  I know that there is a "hangable squirrel repellent" product available - I'll have to look into that for next year.  In the mean time, I have resigned myself to the fact that I will not be able to preserve any pears this year.  I am hoping that I will at least have enough pears for a "French pear pie" (I will share that recipe in a later post).

I have temporarily "netted" some branches of these pear trees.  It was quite humorous - while I was netting these trees - the squirrels were up in a nearby cottonwood tree laughing their heads off at my sorry attempt to protect the remaining pears.  I'll let you know the outcome. 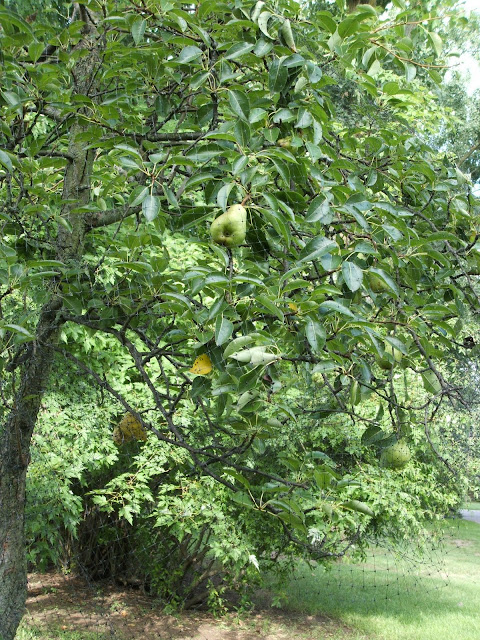 Posted by AngieOuellette-Tower at 12:15 AM