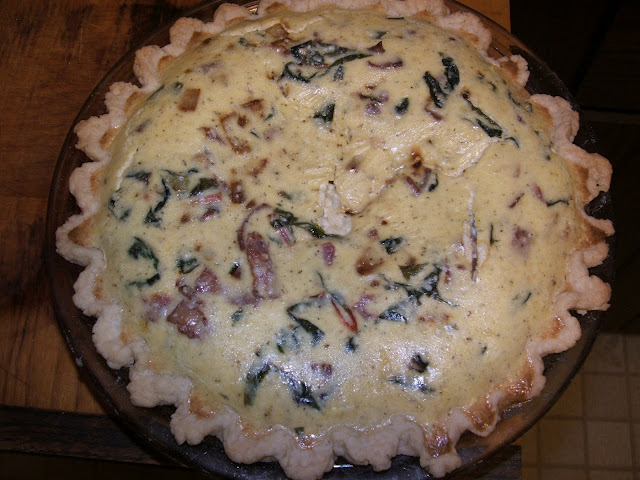 My favorite green is Rainbow Swiss Chard - in my opinion it has a better flavor than spinach and it is more beautiful than many flowers.


I make this quiche for dinner at least once a month - I hope you like it as much as I do! 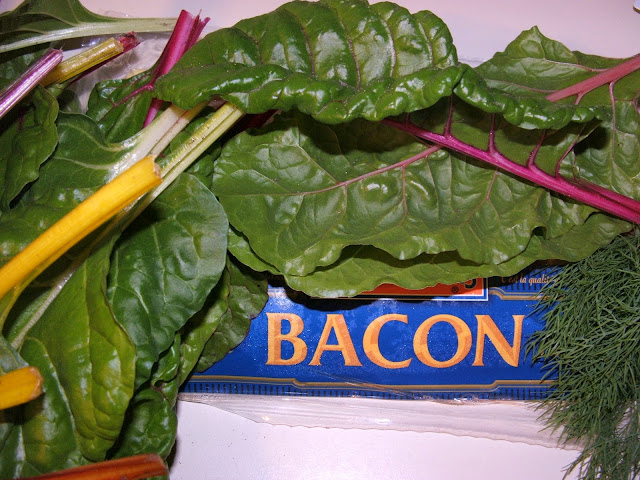 Make & roll out the crust and place in a glass pie pan and preheat the oven to 400 degrees.  Prepare the ingredients as listed above.  Now place the pie crust in the oven for 12 minutes (baking the crust before filling will make sure that your crust will be crispy and not mushy).  While the crust is in the oven - in a large frying pan - fry the onion, Swiss chard & olive oil for about 7 minutes or until it looks like the picture below.  In a medium saucepan - heat the milk & cream cheese (stirring all the time) until the cream cheese has melted and combined with the milk to make a consistency of pudding.  By now the crust should be out of the oven
Quickly whisk the eggs, dill & pepper.  Now quickly stir in the milk mixture, the sauteed onion/chard mixture & the bacon (the filling should look like the second picture below).  Turn down the heat to 350 degrees.  Pour the filling into the hot pie crust and bake for 35 minutes or until a knife inserted comes out clean. 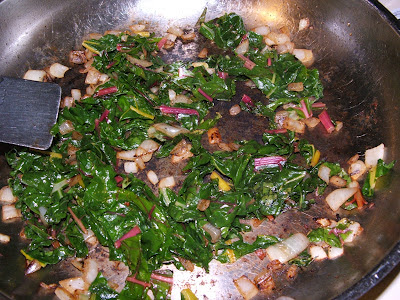 Allow to cool for 5 minutes and then serve - ENJOY!! 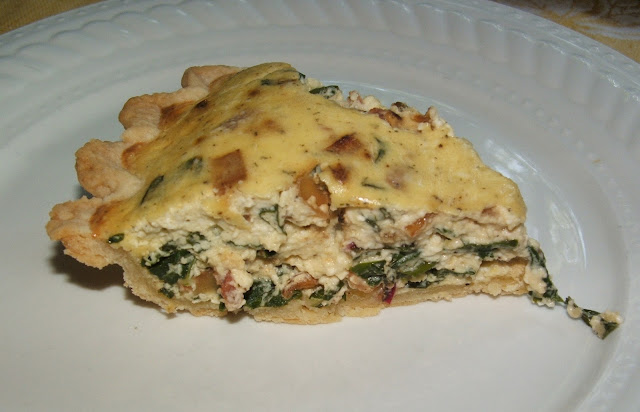 Linked to:
Mix It Up Monday
Stone Gable
Jam's Corner
Too Cute Tuesday