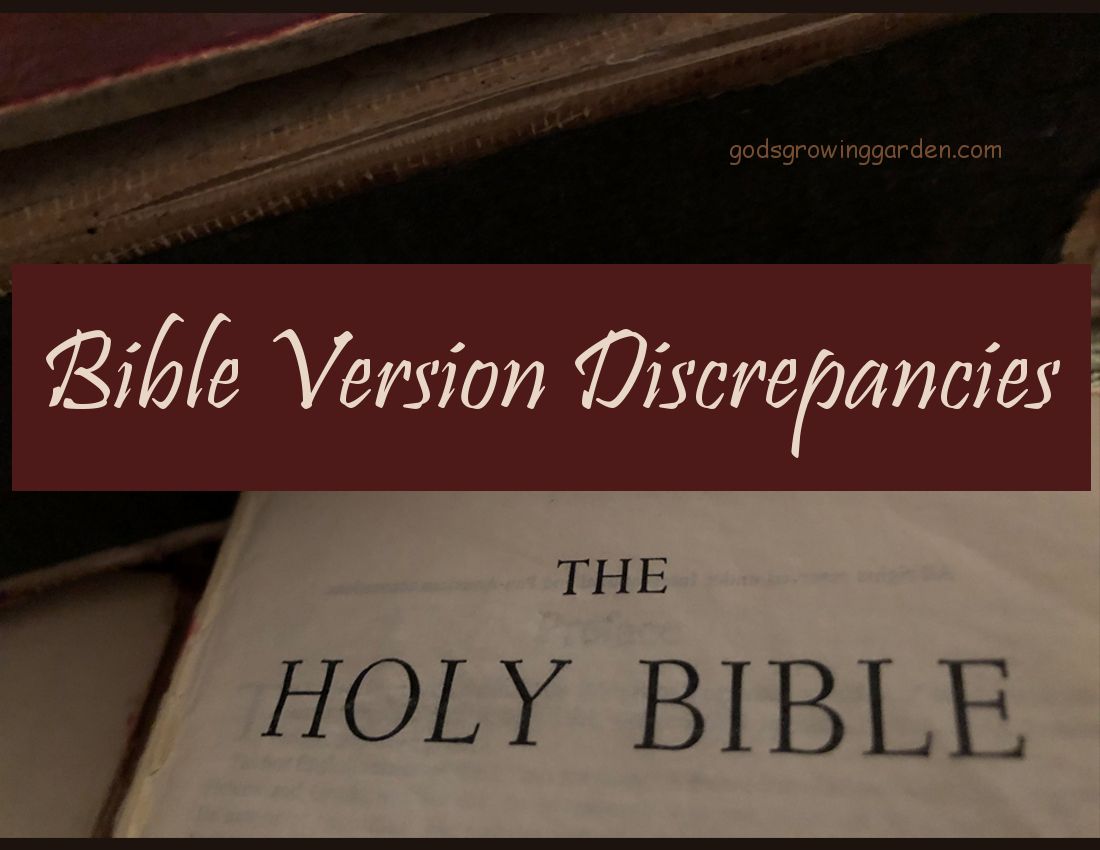 Bible Version Discrepancies #2 - PSALM 72 (Messiah's Reign)
For most of my life I have been afraid of the "King James Version" of the Bible.  I always thought that it would be like reading Shakespeare - well, it's not.  Most of the time on my Sunday blog posts I referenced the N.I.V. (New International Version) but recently, when I need clarification, I refer to the K.J.V. (King James Version) and the N.K.J.V. (New King James Version).  In making this small switch I discovered that there are many serious discrepancies between NIV & The King James versions.  I also found out that the Bible "scholars" who compiled NIV were members of secret societies.  Whether or not there was anything nefarious behind the NIV translation does not affect the goal that I have for this series.  We are going to use our God-given common sense to compare these versions and come to our own conclusions.
It is important to note that the King James Version was first published in 1611 and it wasn't until 1978 that the New International Version was first published.
Even if we find serious discrepancies by comparing these two versions, I want you to know that I believe God has still been able to get His message across to us - He is not fazed by "misinterpretation".  His Truth fills our heart and that is why we are able to objectively study and compare these versions without losing God's meaning.
In this series we are going to really dive deep into God's Word.
We continue our comparison study with "Psalm 72".
Just like the first post in this series - one of the first shocking differences I noticed was the grammar in N.I.V. - it is very disrespectful.  Many words describing or referring to God or Jesus are NOT capitalized in the N.I.V. (those letters are underlined in the pictures below - NIV being on the left).  Modern grammar rules have become relaxed in everyday life but that does not mean that this should apply to the Holy Bible!!
I was met with shock at the very top of this passage.  In the N.K.J. version there is a title that does not appear in N.I.V.:
Glory and Universality of the Messiah’s Reign
Without this title, we have no idea that everything referenced in this passage is about Jesus (even though in the Old Testament they did not yet know that Jesus would be the Messiah).
Let's define those two words:
Glory - worshipful praise, honor, exaltation
Universality - including or covering all or a whole collectively or distributively without limit or exception; present or occurring everywhere.
Color code meaning in the pictures below:
Highlighted in yellow means that those words/sentences do not appear in one of the versions (including when references to God or Jesus appear in lower case rather than upper case)
Highlighted in orange means that the meaning of the word comparison was very different
Highlighted in green means that the meaning of the word comparison was similar or the same.

The difference between "may" & "shall" (or "will")
May - used to indicate possibility or probability
Shall (will) - used to express what is inevitable
Let's use these definitions in place of the first discrepancy:
"May he judge your people" (N.I.V.) - that's like saying "there's a possibility of him judging your people."  Whereas, in N.K.J.V.  - "it is inevitable that He will judge Your people."  That is a huge discrepancy in such a small word - the meaning difference is gigantic.
Then there is the difference between "prosperity abound" and "abundance of peace".  We have economic-wealth vs harmony in personal relations.  The first seems very worldly and the second very heavenly.  I would much rather live in harmony with all of my family and friends than be filthy rich (and possibly alone).

There are two "versus" in the above "verses".
"bow down" vs "fall down before Him"
&
"rescue" vs "redeem"
The first comparison is drastically different in meaning.  Bowing down is intentional and usually slow and controlled.  Whereas, "falling down" to me indicates that being in the presence of The Messiah was so awesome and magnificent that they couldn't help but just fall down in worship.
While the next two words are both similar and appropriate, I feel that "redeem" is much more fitting:
Rescue - to free from danger or evil.
Redeem - to free from the consequences of sin

Here again we have two "versus" in the above "verses".
"thrive" vs "flourish"
&
"praise" vs "bless"
Both comparisons are equal in meaning:
Thrive - to grow vigorously
Flourish - to grow luxuriantly
Praise - to glorify
Bless - to glorify, praise
I pray that you will continue to reflect on these differences this week and never stop digging deep into God's Word.
Previous Version Discrepancy posts:
The Lord's Prayer

Posted by AngieOuellette-Tower at 3:00 AM